Don Vander Ploeg and Leah Pollock Preston were both born in Africa. They each left home at an early age, (11, 9) to go to boarding school.  Their life experiences have paralleled each other over the past 65 years.
Leah was married to David Preston in 1980, and joined WBT* in 1983.  Don Vander Ploeg met Judy Mayo in Papua New Guinea, where they were both working with WBT, they married in 1981.  Over the years both couples served in support rolls in WBT, doing many of the same type jobs in different countries. 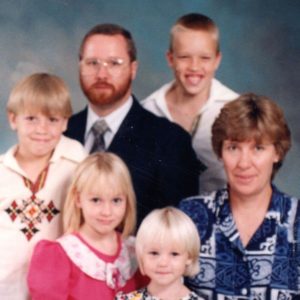 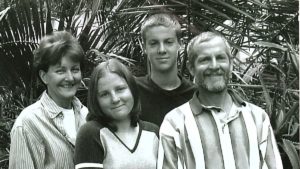 In 1993 their paths crossed for the first time. Don and Judy were working in Zaire and often went to Nairobi, Kenya. David and Leah were working in Nairobi, where Leah was the housing coordinator. The apartment where Don and Judy were to stay was not available for another week, so Leah invited them to share the Preston home while they were waiting.

Their paths crossed again in 2004 at the JAARS, WBT center in Waxhaw, NC. David and Leah have four children, Josh, Nathan, Heather and Becky; the two girls were in high school. When David and Leah would take trips to share with their support partners, they needed someone to stay with the girls. Kylie, Don and Judy’s daughter, stayed with them for a few weeks. Don and Judy also have a son named Charlies.

In 2014, David and Leah were led by the Lord to return to the USA. They resigned from WBT and joined a smaller mission called SERVE, where they planned to lead short term mission projects around the world. They purchased a home in Monroe, NC 17 miles from the JAARS center. When they returned from their first project in Ethiopia, David was not feeling well and after going to the doctor and having some tests run, they were told that David had pancreatic cancer, stage 4. Leah wrote; “this did not take God by surprise” and over the next 22 months, David and Leah looked at ways to glorify God as they took David’s final journey to heaven. David died August 13th, 2016. Don and Judy went to David’s memorial service as they continued their friendship with Leah.

God was with Leah over the next three years as she learned how to depend on the Lord more and more. She continued working with SERVE. The first year she traveled around and encouraged others as they encouraged her. The second year she started to connect with small organizations and looked at ways to serve them. The third year, Leah started to take others on overseas mission projects again.

Early in 2017 Judy started her own final journey to heaven as she started to experience her health in decline, and on July 23, 2017, she heard her Lord and Savior say, “Well done good and faithful servant.”

As Don learned to walk through life without Judy, he sensed God telling him to: 1) Walk with the Lord 2) Continue to do meaningful work, 3) Expand and cultivate his life through learning new skills. 4) Guard his heart and trust God for his future. 5) Get involved in a Bible Study with a group of like minded believers.

Don found a small church, where he was able to join a home Bible study and became part of a caring community, where they prayed with him and helped him to move forward in his life.

In February, in answer to many prayers, the Lord had Don and Leah’s paths cross again. They were in line at the JAARS cafeteria, Leah had just signed up for her trip to India with Refuge 139. Don just happened to be in the cafeteria that day. Don shared with Leah that day how Judy had died a year and a half before, Leah had not heard this yet. Knowing that they were going through the same journey having lost their spouses, Leah asked Don for his phone number in order to be of mutual encouragement. They were both out of town, off and on, over the following months, yet when they were both in town and were able to do so, they would get together and got to know each other and enjoyed spending time together in long conversations over lunch or dinner.

In many ways and small assurances, God has showed them that their lives have been parallel as they have been traveling in the same direction for a long time. It was not until Leah returned from India that they came to realize that God would be pleased for them to get to know each other better and join their lives in marriage and continue their journey together.
They plan to be married on September 7th in Waxhaw, NC. If you would like more information about their plans you can email them. lpreston@serve-intl.org. Because they have two households they do not need household item gifts but would love cards to bless them on their special day. 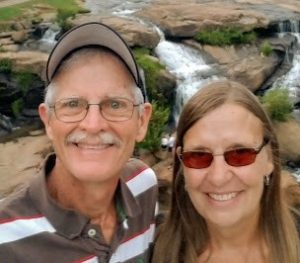 Don and Leah appreciate all of you who have so faithfully supported both, David and Leah and Don and Judy on their journeys. They will live near JAARS where Don will continue to serve the JAARS community in both the water department and grounds. Leah will continue to work with SERVE as they build a library in Ethiopia next spring.

Please continue to pray for and support Don and Leah as they follow God’s lead into a life and ministry as a couple.

A New Turn in Life

The truth of God’s love still cuts like a knife
to open our hearts to new things in life.
Blessings on blessings God pours upon us,
so we have a God we know we can trust.

As long as we seek to honor God’s throne,
never are we left to stand on our own,
God has been faithful more times than we count.
providing for us a thirst quenching fount.

With loved ones taken there’s always a void,
but there is a truth we cannot avoid.
God knows us better than we know ourselves.
He will not leave us alone on the shelves.

It’s time to announce God has changed my life,
with a new helpmate to aid in my strife.
With two kindred hearts and likeness of soul,
Our God is working to make a new whole.

With helpmate in life God lightens my load
directing our path down His charted road.
Where this road will lead, Our God only knows,
but this is certain with us He still goes.

Ken is a friend of Leah’s who wrote this poem just for her and Don.