January 11th, I drove to Maji with staff of an Ethiopian solar company, SunTransfer Tech (installer Bewketu right) and the truck full of solar equipment. 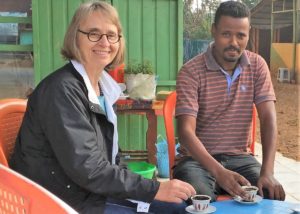 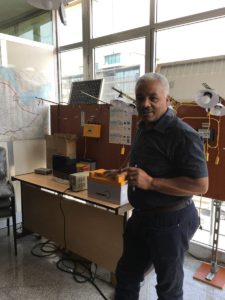 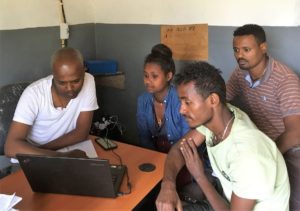 As soon as we arrived in Maji, I met the new Maji Development Coalition installer and bookkeeper–Selamawit (center) and Wasihun (front).

Ato (Mr) Yonas, Manager of SunTransfer Tech (left) and his crew got solar panels on the warehouse building right away, and the training began. 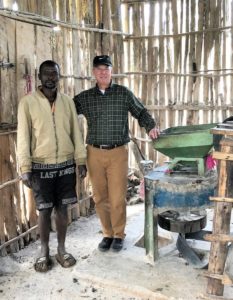 Ato Bahiru (left), who runs a grain mill in an area outside of Maji was MDC’s first solar home system customer. Board member Chris Bounds (right) and I had met him in October, and talked to him then about the coming solar electricity. Now, we spent the day at his house working out installation bugs.

The next urgent task was replacing the broken water pump for the town of Maji. They’d been forced to drink impure water for several months until the pump MDC had ordered arrived. By the end of the day–clean water again! 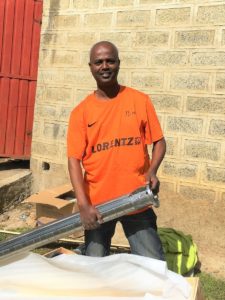 And then the Maji District officials surprised us with a program–lunch, speeches and thank yous from one an all for what MDC is doing to help Maji–there are no other non-profits working in the district. I told them how generous donors are and that the story of Maji has touched their hearts. 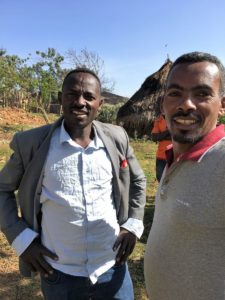